Don’t forget to smile. It’s good for your soul.

Miss Mintkey is back to full health, and right beside me at every turn.
I am truly thankful for each moment.
Funny that we sometimes have to be reminded what’s important.

I forgot to take my Risperdal, an anti-psychotic, on Wednesday night.
Yesterday morning I felt a bit of malaise. I brushed it off.
Yesterday afternoon I drove to Paducah to pick up a few things
that cannot be found in this ass-crack called Benton.
During the drive home I fought to stay awake.
I mean, really fought.
I began to consider my missed dosage.
Risperdal knocks me out, I didn’t want to take it
In the middle of the day.
I took a nap.
I soldiered on.
Yesterday evening I became a real pain in the ass.
Irritable as fuck.
Yesterday night I was visited by a ghost
Who would not leave
No matter how much I screamed.

The truth has become clear to me now.
This guy right here,
Is only one missed pill away
From madness.

Layers on
Layers of
Callous and rust.
Busted and bleeding
And covered in dust.
Dirty as decades
of accumulate fear.
I’m lost in my fortress
of year upon year.

I’ve not felt a thing
For seven days.
Nothing meaningful
Ever stays for long.
Elusive,
Like the grackles
That flock together
In the fall,
Taking flight
Towards a new dawn
That life’s too long
And lonely
To recall. 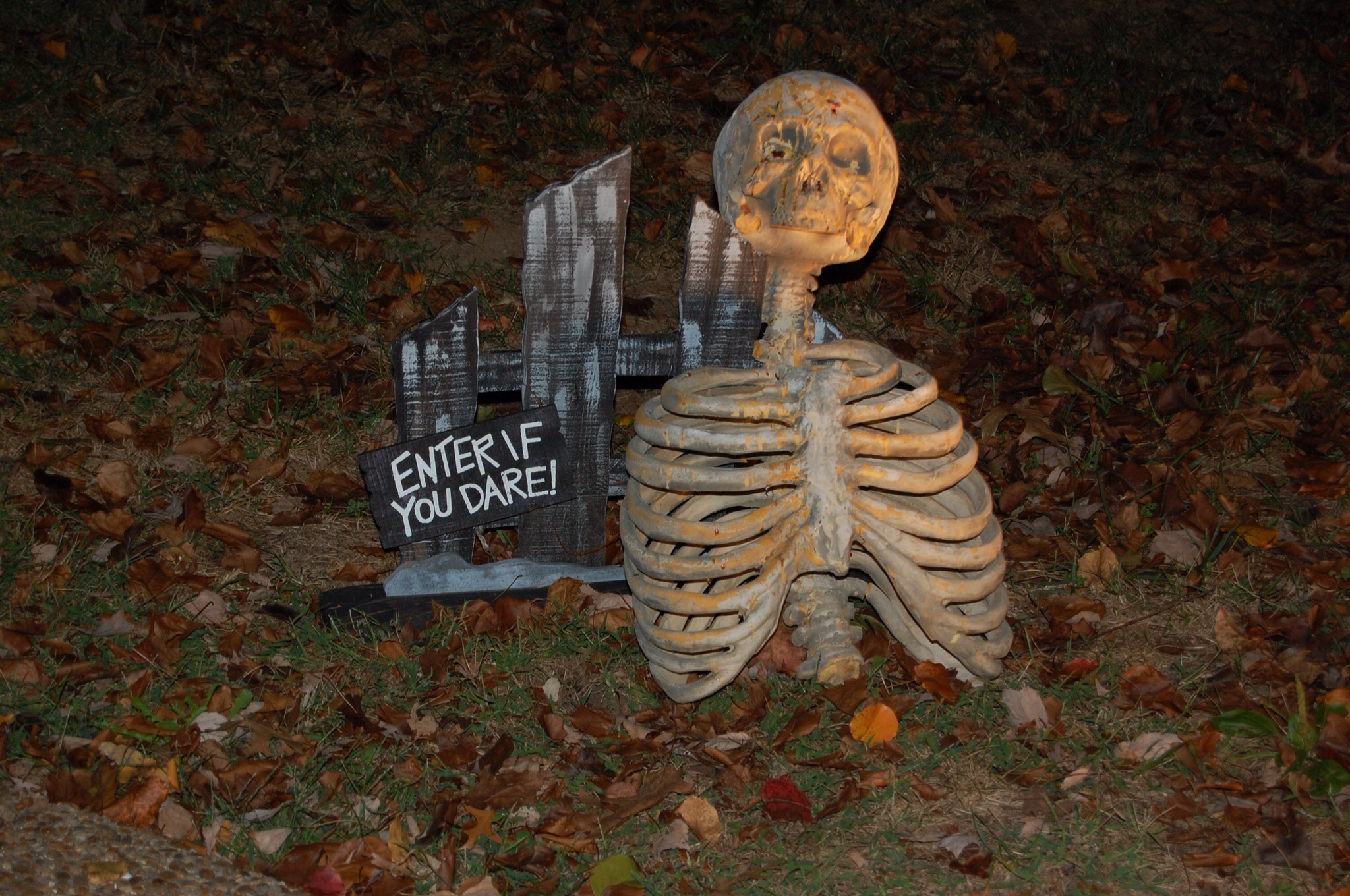 Some of the best poems of all time are dark, eerie, haunting, scary poems―the perfect poems for Halloween! Here you will find the great medieval ballad about madness, “Tom O’Bedlam,” Alfred Noyes’s bleakly romantic ghost story “The Highwayman,” Ernest Dowson’s haunting “A Last Word,” Walter De La Mare’s enigmatic “The Listeners,” and a terrifying poem about the specter of hell terrorizing Christian children, Robert Frost’s magnificent “Directive.” I chose the first two poems to complement the ghoulish picture above. (In fact, I wrote the first poem specifically to go with the picture.) The poems that follow include some of the very best dark, haunting poems in the English language, by masters of horror and the supernatural like William Shakespeare, Edgar Allan Poe, John Keats and Edward Arlington Robinson.

Skeleton!
Tell us what you lack …
the ability to love,
your flesh so…

I just received a call back from Dr. K’s nurse, and my lithium levels are now at 0.6. Therapeutic range is between 0.5 and 1.3, so all seems good. I also had a basic metabolic panel done, and everything was normal in that regard. I can keep taking the medication, and I can stay sane. All is well.

Work is going alright. I’m now working afternoon and midnight shifts, for the most part. Many long and lonesome nights, but no big deal. I’m getting paid. I’ve been able to buy a new phone, take Briley out several times, and even give my roommate some extra cash when he needed it. No loans–I think loans are cruel–I’ve just given him the money. Feels good. I feel a little more financially established rather than only managing to scrape by.
I’m certain I wouldn’t have been able to hold a job without taking the lithium.

It’s now been a month and a half since I’ve heard any voices, or seen anything that wasn’t there. I haven’t hidden under the bar or the kitchen sink since before I went to the hospital. It was hard on my back anyway, being all contorted into a small space.
Before, life was like trying to watch a movie, in a theater full of talking, screaming, fighting people. All throwing popcorn and being generally unruly. Some of them did unspeakable things. I don’t miss them. Now it’s just me and this movie called life, in a nice, dark theater, all to myself. It’s peaceful. I’ve got plenty of soda and popcorn, with free refills. The attendants keep it fairly clean, though the arm rests are rather sticky. That’s alright. Nothing is ever perfect. I still have most of my old quirks, minus the insanity. I remain myself, and I’m okay with that too. Anything can be worked through so long as I have a solid foundation to stand on.

A lifetime is only leading up to an end,
And the end defines the start
In ways we may never grasp.

This track was created with a few of my friends. Bongo drums, and my buddy Bronson making funny noises. During playback Bronson couldn’t stop laughing, so we decided to record the laughter too. The end result is a guy laughing childishly at himself. A little creepy. Completely ridiculous.